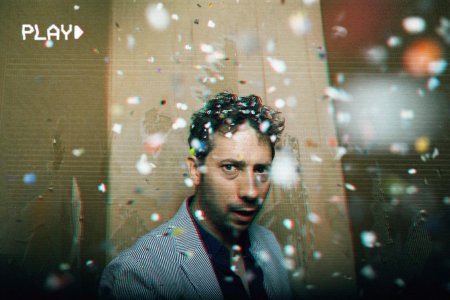 Manu Louis is Belgian, lives in Berlin and escapes from winter in Spain. He travels with a village of electronic instruments and video projections from pop stars or animals to deliver passionate performances that eventually switches gears into an impromptu discotheque that gets the audience moving.
His music mixes high and low culture to create provocative and decontextualized juxtapositions. His general blueprint remains the same throughout all of his efforts, but the ingredients he uses may vary: from dissident chanson française, genial dilettante, avant-garde composer, new beat, old hit, art-pop & hard bop.
Cream Parade, his new album (Igloo Records) is a disoriented walk led by synthetizers and follows Kermesse Machine (2017) his first album . The last two years he performed at over 200 festivals and clubs across Europe and Asia.
Apart from his solitary activities, ultimately Manu also has composed music for the 30 piece ensemble Orchestra Vivo, L’Orchestre de chamber Liège, Plastic Fanfare (a group of 200winds & percussions), Spanish artist Escif and chinese band Dawanggang.

"Manu Louis is a Belgian with a subversive spring in his step”
Late Junction, BBC

"More colourful than a unicorn vomiting a rainbow" GONZAI

“The braggart of Kitsch.” LIBERATION 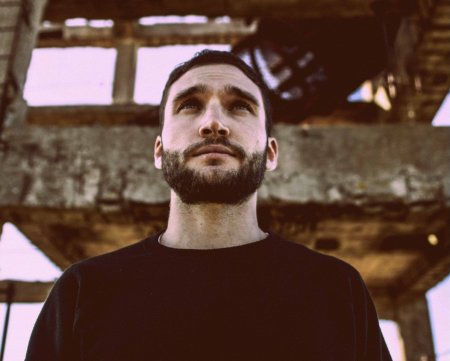 Amedeo Inglese alias Noi is a Berlin based dj, producer and sound designer hooked on a diverse range of genres such as chillout, downtempo, techno, bass and ambient music. Born and raised in Sardinia, he started a career in IT, but then transitioned to focus on electronic music in 2012, moving to Rome and co-founding the “Spacedrome” bass music collective.
During this time he also juggled between sound design courses and his personal projects, releasing his first productions on Substruct Audio, Smallprint records, Modulate Recordings and Elastica records.
Between 2014 and 2017 he pursued a Bachelor’s in Electronic Music to further expand his sound design and editing skills. Among his body of work, he prides himself of designing a soundtrack for Konami Europe, which was presented at Gamescom 2014.
Playing as dj and live performer, he attended several festivals including Arte e scienza (Roma),Versatile (Alghero),Pick nik electronik (Perfugas),Polline (Cagliari),Girovagando(Sassari),Outlook(Croatia) and Freqs of Nature (Berlin).
He established in Berlin his latest project, “Tetra”, as the result of his collaboration with a dancer and a visual artist. The aim is to combine music, dance performance and visual art to provide the spectator with a multisensorial experience and create a performance that triggers a dialogue between diverse artistic expressions.